Advancing genetic research in beef cattle and helping train the next generation of animal breeders — these are the priorities of the Walton Berry Graduate Student Support Grant. Inspired by Dr. Bob Walton’s impact in the world of cattle genetics, the grant started in 2013 with primary support from Jim Berry of Wildberry Farms. To date, the total contributions to the Walton Berry Graduate Support Grant have reached $87,871 and have awarded just over $80,000 in grants.

This year’s grants went to two projects of high importance to research and development of genetic knowledge in beef cattle. The first project funded went to a team of researchers at the University of Tennessee Institute of Agriculture (UTIA): Drs. Troy Rowan, Sarah Moorey, and Jon Beever. Their research proposal is a collaborative grant leveraging sequence-level genomics to examine multiple components of beef cattle genetics, including cow rebreeding phenotypes, crossbreeding and heterosis, imputation’s impact on genetic predictions, and identification of novel variants. The Walton Berry Grant will fund the sequence of 25 Simmental bulls to add to the genomic reference library, amounting to a $10,000 grant. One outcome of this project could be to improve our ability to use genotyping technology like low pass sequencing (LPS), a method to sequence cattle at a much lower cost than previously available, making the study of novel genomic influence potentially more accurate. The UTIA Genomics Center plans to match the number of sequenced bulls, adding a substantial population of Simmental sequence records to the reference library.

“To maximize the utility of ASA’s data in genomic analyses, we propose sequencing the genomes of more animals to bolster the effectiveness of sequence-level imputation and the surveillance of novel variants with the potential for deleterious effects (i.e., genetic abnormalities, cosmetic traits, etc.).” Rowan explains further, “The UTIA Genomics Center is excited about a wide range of future collaborations with the American Simmental Association. In the coming years, leveraging sequence-imputed data in mapping studies and genetic evaluations will become increasingly attainable. This means that regularly sequencing influential animals is of great importance. We anticipate that this research will make appreciable contributions to both the scientific literature and, more importantly, to Simmental breeders across the US.”

The second grant is the second year of support of $5,000 toward the development of an International Genetic Solutions (IGS) Multi-breed Heifer Pregnancy EPD with Drs. Scott Speidel, R. Mark Enns, Milton Thomas and PhD student Lane Giess at Colorado State University (CSU). This research team is churning away and making steady progress toward a new trait for the IGS genetic evaluation that has been on the wish list for years. Their research will “build a broader understanding of the underlying genetic control of heifer pregnancy, the contributions from hybrid vigor, and the genetic/genomic relationships of heifer pregnancy with other economically relevant traits currently in EPD production with IGS.”

The team at CSU is well suited to develop an IGS multi-breed heifer pregnancy EPD. For years, the animal breeding and genetics researchers at Colorado State University have conducted a heifer pregnancy genetic evaluation for a number of entities, including some of the breed associations in IGS. The research team of Speidel, Enns, and Thomas with ASA’s very own Lane Giess as a graduate research student and support from Dr. Randie Culbertson, the IGS lead geneticist and CSU alumni, is a perfect collaboration to make the multi-breed heifer pregnancy EPD a reality.

The 2021 funding of the Walton Berry grants went to two extremely worthy research groups and projects. The Walton Berry grant is making an impact to support high-priority research in beef cattle genetic improvement, and train the future animal breeders and geneticists. If you are interested in donating to the Walton Berry Graduate Student Support Grant, please reach out to the American Simmental-Simbrah Foundation at 406-587-4531. 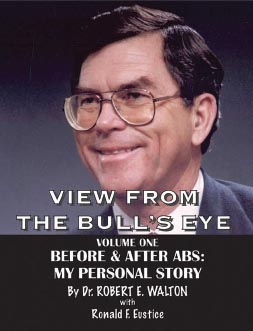 Dr. Robert (Bob) Walton with Ronald Eustice recently published an autobiography detailing his career as a leader and scientist in the beef industry. Walton begins his story in Shattuck, Oklahoma, where he was born in a sod house on the family homestead during the Depression. His love for genetics started started when he was a teenager who was fascinated with Punnett Squares and inheritance. This intense curiosity took him through college, eventually earning a PhD in animal breeding, genetics, and statistics at Iowa State University. Walton spent 30 years at American Breeders Service (ABS), serving as president from 1967 to 1992, and led the company through a number of industry-leading projects. Alongside his work as a geneticist, Walton developed a herd of Simmental Cattle and has been a longtime supporter of education and science in the breed. The Walton Berry Graduate Student Support Grant was started in 2013 by Jim Berry of Wildberry Farms, to honor Dr. Walton’s dedication to animal breeding and Simmental cattle. View From The Bull’s Eye can be found at a number of booksellers online, including Amazon and Powell’s Books.

2019 – Dr. Jared Decker, University of Missouri. Funds used to support graduate research to study abroad at the University of Edinburgh’s Roslin Institute in Scotland, looking at genomic signatures of selection to apply to population genetics.

2015 – Dr. Heather Huson, Cornell University. Funds used to study the genetics of Digital Cushion Thickness and pay travel expenses for a graduate student to present research findings at an international conference in Sweden.

2014 – Dr. Stephanie McKay, University of Vermont. Funds used to characterize the brain methylome in steers with extreme measures of docility.